R.I.P. Vangelis, legendary composer behind Blade Runner and Chariots Of Fire by Sam Barsanti
Friday May 20th, 2022 at 12:51 AM

One of film’s most iconic composers has died, with Variety reporting that Vangelis—a.k.a. Evángelos Odysséas Papathanassíou—died on Tuesday in France while undergoing treatment for COVID-19. Vangelis, a multi-instrumentalist who was best known for his synthesizer work, was nominated for three Grammys and won an Oscar…

Epic is starting up another sales promotion for PC games available through its Epic Games Store. The Epic Mega Sale runs from today until June 16th at 11AM ET / 8AM PT and encompasses an unlimited-use 25 percent off digital coupon. This coupon stacks on top of ongoing sale prices, though you can’t use it on titles priced below $14.99. Epic is also releasing four free mystery games each Thursday during the promotional period, the first of which is Borderlands 3.

If you’ve seen or participated in previous sales events on the Epic Games Store, this may feel very familiar. A notable departure from those deals is that the coupon now offers a 25 percent discount, where it had previously provided a flat $10 off. With that change, this new Mega Sale coupon skews the best value towards pricier games, as a title costing $59.99 is discounted by $15 while a game right at the threshold of $14.99 only drops by $3.75.

While the coupon amount is different this time around, the usual restrictions apply — you can’t use it on in-game content like V-Bucks for Fortnight, and it only qualifies on games already released on the Epic Games Store (no preorders).

Coinciding with the discount, Borderlands 3 is free to add to your library on EGS and download today. There will be three more free games revealed on subsequent Thursdays during the promotional period.

The digital coupon is applied automatically on one or more applicable games when added to your cart. Below are a few highlights of the over 1,600 games already discounted and what they will cost you once added to your cart with the additional 25 percent coupon:

Republicans Just Voted Against Feeding the Baby They’re Forcing You to Have by chloe angyal
Thursday May 19th, 2022 at 11:58 AM

An overwhelming majority of House Republicans voted against a bill Wednesday providing a bare minimum amount of funding to tackle the ongoing baby formula shortage, a problem that they keep complaining about, while a smaller group of far-right Republicans apparently don’t think infants from poor families deserve food.

The House passed a pair of bills Wednesday aimed at alleviating the crisis, including one providing $28 million in emergency funding to the U.S. Food and Drug Administration to address the shortage. The money would also be used to increase staff at the FDA, such as inspectors who could help the agency accelerate the approval process for formula manufacturers, Democratic Rep. Rosa DeLauro of Connecticut told NBC News following the vote.

After the nation’s largest manufacturer of formula, Abbott Nutrition, voluntarily recalled baby formula after several bacterial infections in infants related to a plant in Michigan the FDA later shut down, supply of baby formula plummeted. More than 40 percent of baby formula is out of stock, according to a data company tracking the shortage.

Though Republicans like Texas Gov. Greg Abbott and Rep. Kat Cammack repeatedly raised the issue in the past few weeks, including trying to pin the problem on immigrant families, 192 House Republicans voted the bill down.

A memo from House Minority Whip Steve Scalise urged members to vote against the funding bill, claiming House Democratic leadership is “covering up the administration’s ineptitude by throwing additional money at the FDA with no plan to actually fix the problem, all while failing to hold the FDA accountable,” according to the Hill.

Every House Democrat, plus a dozen mostly moderate Republicans, voted to pass the bill and send it to the Senate.

“Parents and caretakers across the country cannot wait—they need our support now,” DeLauro said in a statement following the bill’s passage. “This bill takes important steps to restore supply in a safe and secure manner. Additionally, with these funds, FDA will be able to help to prevent this issue from occurring again.”

On Wednesday, President Joe Biden invoked the Defense Production Act to address the shortage, which means that the suppliers of ingredients used to make baby formula are now required to prioritize formula. Biden also authorized the federal government to use the Pentagon’s commercial planes to fly in supplies of formula from overseas.

The $28 million allocated by the House to the FDA is barely a drop in the bucket of federal spending. For comparison, the Ukraine military aid bill recently passed by Congress appropriated $40 billion to the effort.

An additional bill to expand baby formula access to low-income families using the WIC program in the event of a supply chain shortage, like the one the U.S. is currently experiencing, also passed with overwhelming support in the House.

Abbott—which, along with three other manufacturers, controlled nearly 90 percent of the baby formula market as of 2018—is currently the sole provider of infant formula for families on the state-administered WIC program in 34 states and Washington D.C., plus several territories and tribal organizations, Truthout reported last month.

But nine far-right Republicans, including Reps. Matt Gaetz, Marjorie Taylor Greene, and Lauren Boebert, voted against the bill. Gaetz claimed that expanding access to other formulas for poor families would “crowd out many hardworking families.” (More than 70 percent of WIC beneficiaries in Oregon are employed, according to the state.)

Rep. Jahana Hayes, the Connecticut Democrat who introduced the bill, used food stamps as a younger mother, qualifying even as she was working two jobs while attending school, as she told Hearst Connecticut Media last year.

“Families nationwide are desperately trying to find food for their babies,” Hayes said in a statement following the passage of the bill. “Among the most impacted are mothers and babies enrolled in the WIC program who use formula at roughly double the rate of non-participating families.”

Want the best of VICE News straight to your inbox? Sign up here. 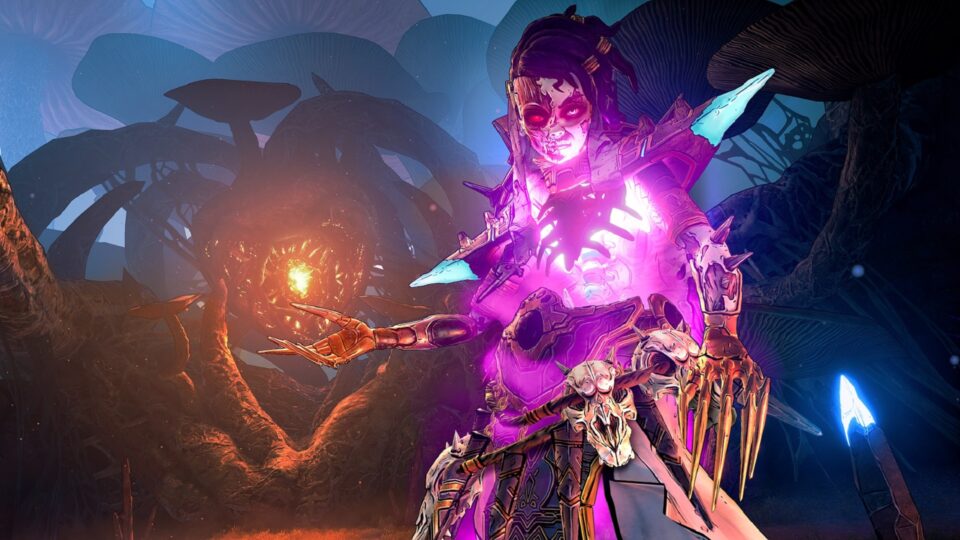 Free games, Mega Coupons, and deals will be available.

With just under $17 million in international grosses, Jason X is one of the worst-performing installments in the Friday The 13th series, and its Rotten Tomatoes score hovers around 19 percent fresh. But in a rarified category of horror sequels that catapult their earthbound monsters into previously unprecedented…

The monkeypox virus causes fever and a bumpy rash and is usually transmitted to people from wild animals.
Read the whole story